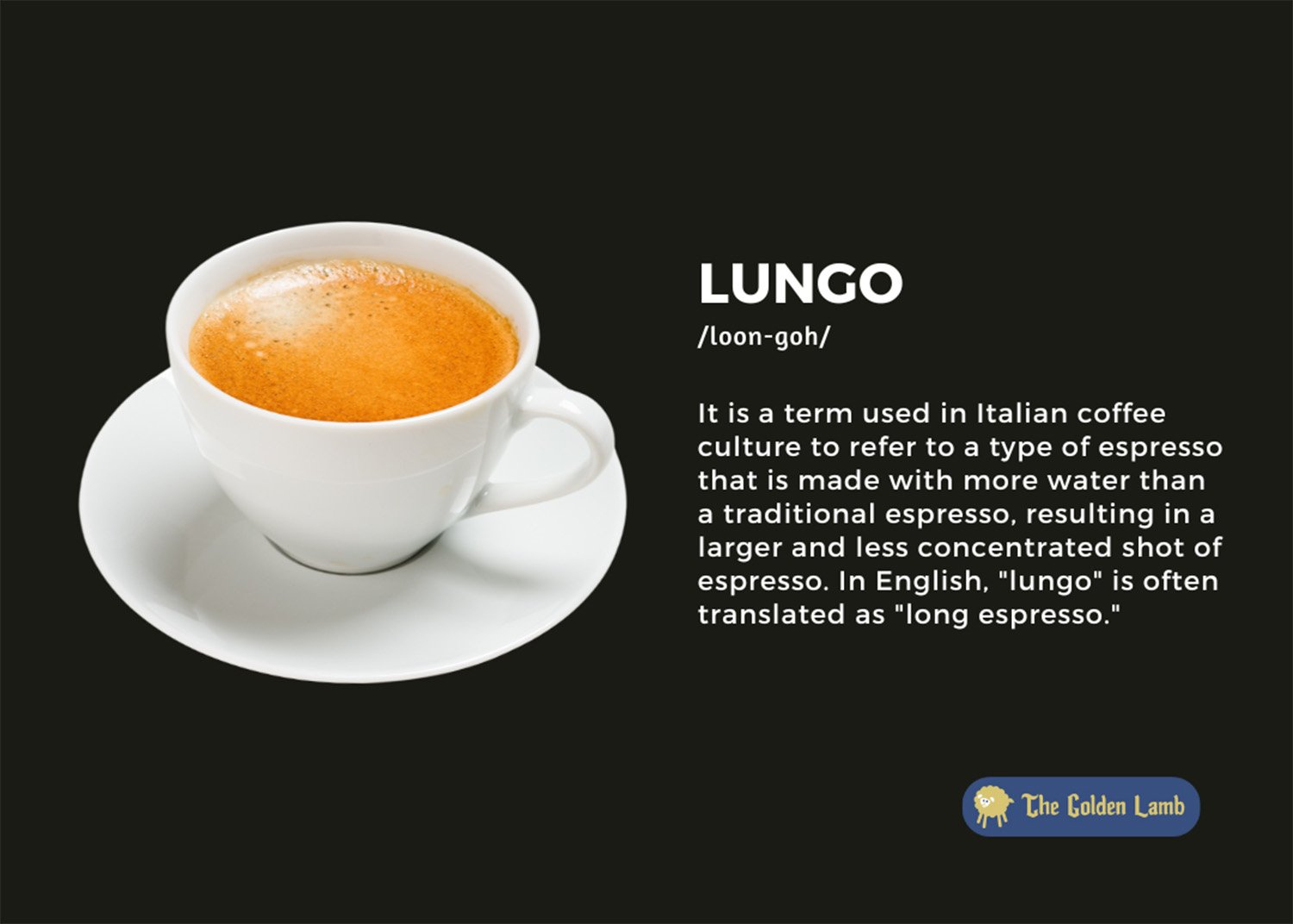 Lungo coffee is a type of Italian coffee made with more water than traditional espresso. The result is a longer, more diluted coffee with a smoother and less intense flavor. “Lungo” means “long” in Italian, referring to the longer brewing time required to make the coffee.

The word “lungo” is pronounced “loon-goh” in Italian, emphasizing the first syllable. In English, “lungo” is often translated as “long espresso.”

Lungo and traditional espresso coffee are similar in that they are both made using the espresso brewing method, but there are several key differences between the two.

One of the main differences is the amount of water used to make the coffee. Lungo coffee is made with more water than traditional espresso, resulting in a longer, more diluted drink. As a result, it’s typically weaker and less intense than conventional espresso.

Overall, the main differences between lungo and traditional espresso coffee are the amount of water used, the strength and intensity of the flavor, and the size of the cup in which it is served.

Lungo coffee has a softer and more level flavor than traditional espresso. Because it is made with more water, it is less intense and has a milder, less acidic taste. In addition, the flavors of the coffee beans used in the brewing process are more noticeable too, as the added water dilutes the bolder flavors of the espresso.

In Italy, it is common to drink Lungo coffee with a pastry or sweet snacks, such as a croissant or biscotti.

There are also several popular modern variations of it as well, including adding flavors such as vanilla or caramel to the drink or using different types of beans to create distinctive flavor profiles. In addition, some people enjoy mixing it with milk or cream to create a creamy, latté-like drink.

Overall, there are many ways to enjoy this drink, both traditional and modern. It is a versatile and enjoyable drink that can be enjoyed in various settings and with various accompaniments.

How to make a lungo at home

To make a Lungo coffee at home, you will need the following ingredients and equipment:

Here is the step-by-step process:

Is a Lungo same as an Americano?

No, Lungo and Americano are different. Lungo is made with more water than traditional espresso. Americanos are made by diluting espresso with hot water, resulting in a more assertive and intense flavor.

What is the difference between espresso and lungo?

What is the difference between coffee and lungo?

Coffee is a general term for a brewed beverage made from roasted and ground coffee beans. Lungo is a type of Italian coffee made using the espresso brewing method but with more water added to the shot.

What are lungo coffee pods? 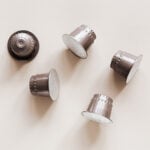 Can lungo capsules be used for espresso?

Lungo coffee has recently become a refreshing and enjoyable alternative to traditional espresso. Its smooth flavor and versatility in terms of flavor variations and ways to enjoy it make it a popular choice among coffee lovers.

Overall, Lungo coffee is a growing presence in the world of coffee, and its popularity is likely to continue to grow in the coming years. It is a delicious and enjoyable alternative to traditional espresso that is sure to be enjoyed by many coffee lovers.