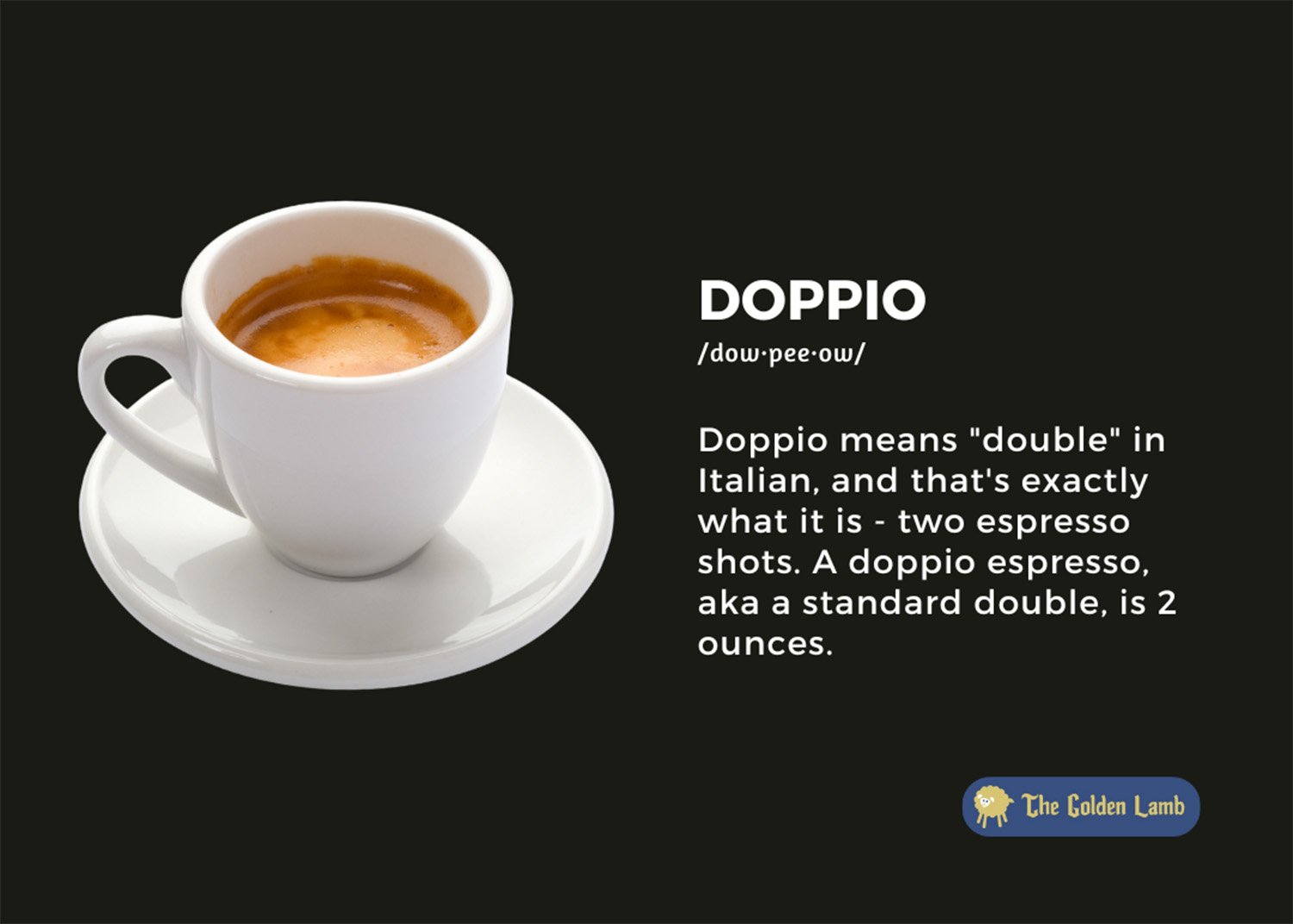 What is a Doppio?

A doppio (pronounced dow·pee·ow) is another name for a double shot of espresso. The word “doppio” is Italian and translates to “double.”

A doppio espresso is two shots of espresso, most commonly served in a demitasse cup. Along with a spoon, sugar cube, and shot glass filled with soda water, it’s a popular way to start your day. The soda water helps to clean your mouth of coffee breath.

Doppios are made without milk, sugar, or flavoring. Instead, they contain equal parts ground coffee and water. While it’s common for American milk-based espresso drinks to have two shots as a baseline, it’s common in Italy for people to drink a single shot of espresso as is.

What’s the difference between a doppio and an espresso?

Four main characteristics can be used to describe the taste of espresso: aroma, body, flavor, and finish.

Aroma: One of the first things you experience when you bring the cup to your mouth is the aroma.
Body: The espresso’s body (texture and mouthfeel) is the density of coffee on your tongue.1
Flavor: Espresso flavor is complex and depends on several factors, including the coffee roast profile and the beans’ origin.
Finish: The finish is the aftertaste that stays in your mouth after you’ve taken a sip of espresso.

What are variations to a doppio espresso? 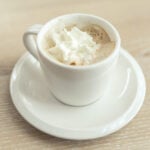 A brief history of the doppio

In 1884, Angelo Moriondo2 from Turin, Italy, patented the first steam-powered coffee beverage-making device. However, while the French and the English had steam-powered coffee machines, none of them allowed the operator to control the amount of steam and water through the coffee grounds, like Moriondo’s design allowed. Years later, the design was improved, and espresso machines were mass-produced in Parini, Milan, in 1903.