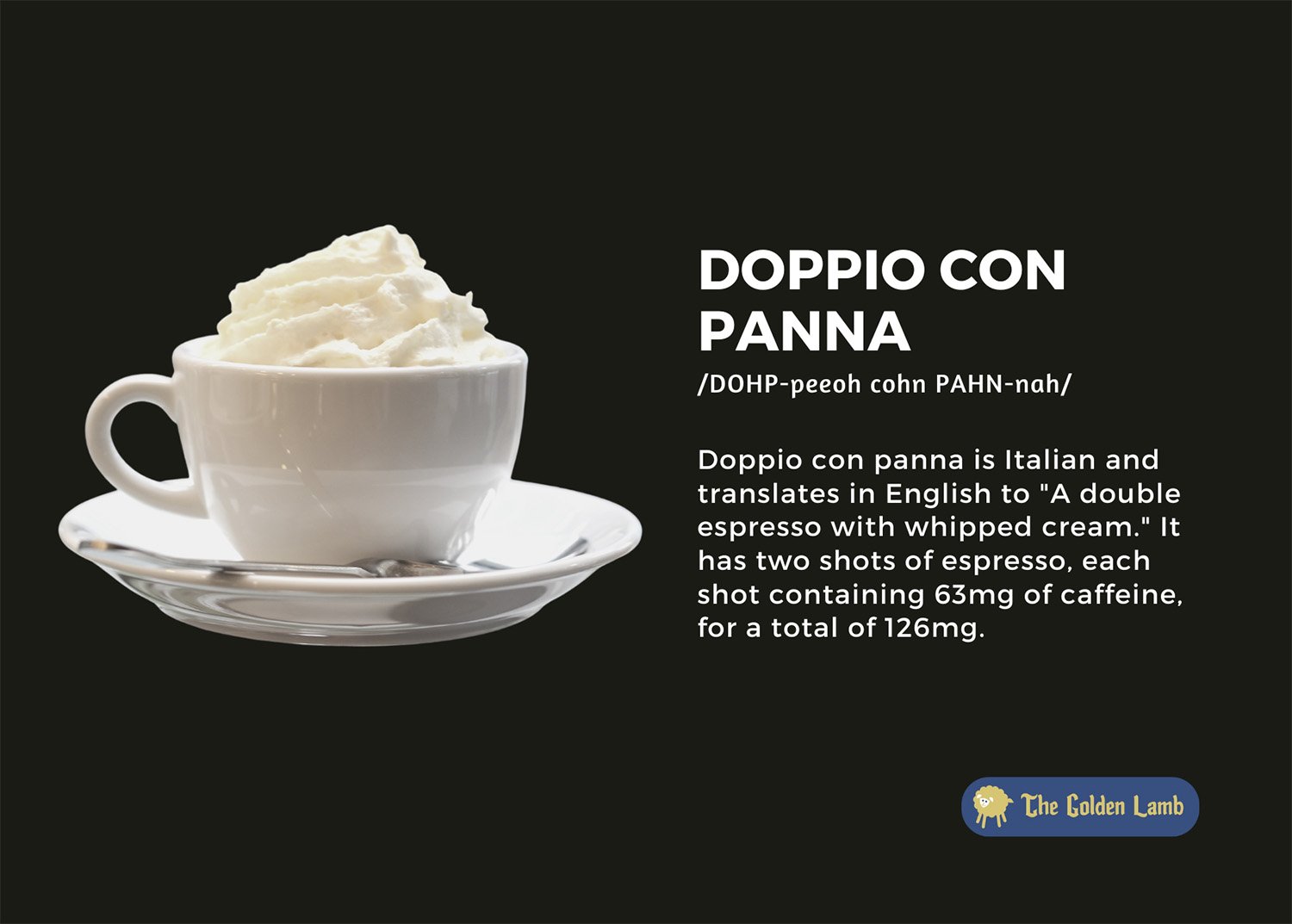 What is a Doppio con panna?

Espresso con panna is a classic coffee drink that is enjoyed all over the world. It’s made by topping off a double espresso with a generous dollop of fresh whipped heavy cream.

The light and fluffy whipped cream pairs perfectly with the rich and heavy coffee. The two ingredients work together to create a balanced flavor that is perfect for those who love a rich, creamy coffee drink. When you finally break through the soft and smooth layer of cream, you get an incredible rush of coffee flavor.

It’s typically served in a small glass or a demitasse cup with a spoon, which allows you to scoop the whipped cream with the espresso to enjoy a balanced flavor. And, since it’s served with whipped cream, it’s often served as an after-dinner dessert coffee.

While this espresso beverage has been popular in Europe since the dawn of snootiness, it’s becoming more popular across the pond. Many US coffee shops now offer the doppio con panna on their menu. And, if you can’t remember what it’s called when it comes time to order, just ask for a “double espresso with whip.“

How Do You Pronounce Doppio Con Panna?

What Does Doppio Con Panna Mean?

Doppio con panna is Italian and translates in English to “A double espresso with whipped cream.”

How Many Calories Are in a Doppio Con Panna?

In Starbucks’ Doppio Espresso Con Panna, there are 35 calories. Most (63%) of those calories come from fat, while the remaining (38%) come from carbohydrates.

How Much Caffeine Is in a Doppio Con Panna?

A doppio con panna (two shots of espresso, each shot containing 63mg of caffeine) has a total caffeine content of 126mg.

How Do I Order a Doppio Con Panna at Starbucks?

This drink has 2.5 net grams of carbs in the whipped cream.

Is an Espresso Con Panna Healthy?

A Starbucks espresso with whipped cream has only 30 calories, 2.5 grams of fat, 75 milligrams of caffeine, and 1 gram of sugar. So it’s a fairly healthy drink!