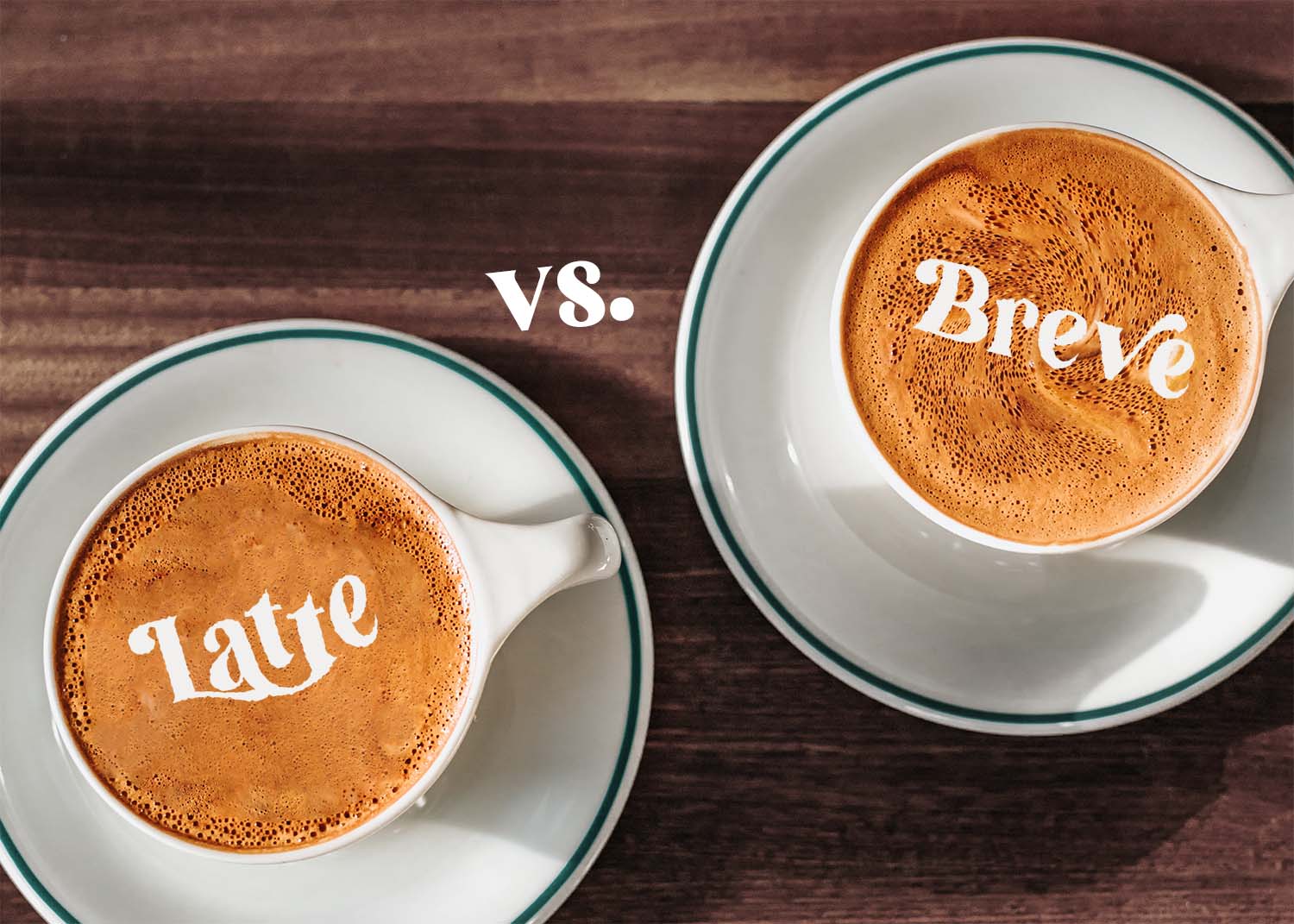 Welcome to my blog post about the age-old battle between breve lattes and regular lattes. In this post, I’ll dive deep into the juicy details of these two tasty espresso drinks. I’ll explore the key differences in taste, texture, and nutritional content.

What’s the difference between a latte and a breve?

“Breve” is a word of Italian origin that means “short” and is pronounced “brev-ay.” Other names it’s known by are latte breve, caffè breve, or simply a “breve.”

For example, you could say, “I’d like a breve mocha, please.”

A latte, on the other hand, is a coffee drink made with espresso and steamed milk. Lattes can be made with a wide variety of cow-based milk and plant-based milks. But, when half-and-half is used, it becomes a breve.

A regular latte has its roots in Italy; over the centuries, it’s become one of the most popular coffee drinks ever. Its name comes from the Italian word “caffè latte,” which means “coffee and milk.”

Comparing a Breve Latte to a Latte: Key Differences

There are several differences and similarities between a breve latte and a regular latte.

Flavor: Both a breve latte and a regular latte are made with espresso and steamed milk, but the breve latte has a richer and creamier flavor.

Customization: Lattes can be customized with various flavored syrups or non-dairy milk options, such as chocolate syrup, vanilla syrup, or almond milk. A breve has these customizations, too, except for the milk, which will always be half-and-half.

Origins & Popularity: Lattes are more popular than breve lattes, at least in the United States. Lattes originated in Italy, but they have become especially popular in the US in recent decades.

Breves lattes have more of an Italian influence and are more common in Europe. They’re not as well-known or widely available as lattes in the US, but they can be found at most specialty coffee shops and cafes.

Variations: There are many variations of regular lattes that are popular in different cultures, such as the caffè latte in Italy, the café au lait in France, and the flat white in Australia.

There are also variations of breve lattes, such as the caffè breve and the latte breve.

How to make a breve at home:

To make a cafe breve at home, you will need the following ingredients:

Here’s how to make a breve latte:

Pro Tip: If you don’t have a traditional espresso machine, you can use a stovetop espresso maker, aka a Moka Pot, to make shots of espresso at home or use strong brewed coffee as a substitute. This is the Moka Pot that I use and recommend. 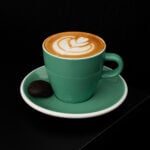 A traditional breve is not keto-friendly because it is made with half-and-half, a mixture of milk and cream. A 12 oz serving of half-and-half contains about 9 net grams of carbs. 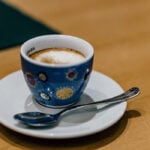 Is a breve sweeter than a latte?

A breve is sweeter than a latte because it is made with half-and-half, which has a higher fat content and a slight sweetness than milk.

How do I order a breve latte at Starbucks?

To order a breve latte at Starbucks, you can ask for a “breve latte.” Also, specify your drink’s size and any additional flavors or modifications you would like.

For example, you could say, “I’d like a grande breve latte with an extra shot of espresso and caramel syrup, please.” The barista will then prepare your drink according to your specifications.

At Dutch Bros in Portland, Oregon, a Breve is a coffee drink made with espresso and steamed half and half cream. Several variations of the breve are available at Dutch Bros, including the White Zombie, the 9-1-1, and the Irish Breve.

In conclusion, a breve latte and a regular latte are both delicious coffee drinks with their own unique characteristics. The main difference between the two is the type of milk used, which results in a different flavor and texture.

If you’re looking to add some variety to your coffee routine, check out my post on the Top 7 German Coffee Beans for some beans from across the pond to try in your breve lattes!

Image by rawpixel.com on Freepik